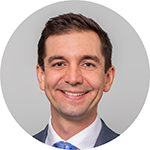 Trevor Evans was sworn in as the Assistant Minister for Waste Reduction and Environmental Management on 29 May 2019. He was first elected to Federal Parliament as the Member for Brisbane in 2016 and re-elected at the 2019 federal election.

During his first term, Trevor served as Chair of the Government’s Policy Committee on Employment, Innovation, Science, Small Business and Resources, and served on both the Economics and Environment parliamentary standing committees. As one of the nation’s first openly gay federal MPs, Trevor also played a central role in the ‘Yes’ campaign to legalise same-sex marriage in Australia.

Before his career in politics, Trevor served as the CEO of the National Retail Association from 2012 to 2016 and worked as an economist in various roles at the ACCC, Seqwater and the Queensland Competition Authority.

Trevor was born in Tweed Heads and grew up in a small business family. He holds a Bachelor of Economics and Bachelor of Laws (Hons) from the University of Queensland.

Trevor is passionate about protecting the environment and serving the local communities of his inner-city Brisbane electorate. 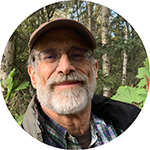 Jeff’s new book was released in October and is called DIY Autoflowering Cannabis, published by NewSociety.

Lowenfels also pens the longest running garden column in the world and is a highly respected and popular, garden writer. He is the former President of the Garden Writers of America, a GWA Fellow and in 2005 was inducted into the GWA Hall of Fame, the highest honor an American garden writer can achieve.

Jeff Lowenfels has become a leader in the organics movement as a result of his best selling books. His books and talks have converted hundreds of thousands of gardeners, farmers and growers to organics. It is no wonder why: Teaming with Microbes: The Organic Gardener’s Guide to The Soil Food Web was reviewed as “the most important new gardening book in 25 years and maybe even ever.” It is now out in a Revised Edition, and has been translated into 12 languages.

Jeff grew up as an indentured servant on his father’s hobby farm in Scarsdale, New York. There he was forced to plant, weed, mow and pick fruits, flowers and vegetables on an 8 acre ‘gentlemen’s farm’ replete with acres-wide vegetable gardens, a Versailles-style formal flower garden, a 100 tree fruit orchard and countless landscape shrubs, lawns and decorative beds. He escaped to Harvard College where he majored in Geology and the Harvard.

One day back in the early 70’s while attending law school, he was held up and shot. As a result, he ran as far away as he could without a passport and ended up in Anchorage, Alaska. There, he has been able to translate his work-filled childhood into a meaningful and enjoyable hobby and avocation.

Jeff hosted Alaska public television’s most popular show, “Alaska Gardens with Jeff Lowenfels.” The show was so popular, it ran four times a week and aired even in Barrow, way above the Arctic Circle. He also hosted a popular, weekly, garden radio show until his travel schedule lecturing around the world caught up with him.

Most important, Jeff is the founder of a now national program that started as “Plant a Row for Bean’s,” the soup kitchen in Anchorage, and is now “Plant A Row for The Hungry.”  The program is active all 50 states and Canada and has resulted in  millions pounds of garden produce being donated to feed the hungry every year.

Jeff is as passionate about “Plant a Row” as he is about organics. He encourages gardeners every where he goes to participate in the program and constantly reminds his fellow garden communicators of the pressing need to solve the hunger problem. 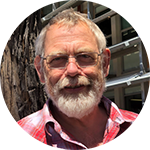 Jeff Baldock is a soil scientist based in South Australia.  Prior to retiring from CSIRO, his research focussed on measuring the amount and composition of organic matter in soils and other terrestrial and aquatic environments.

He led a range of research projects aimed at defining the influence of agricultural management practices on the stocks and composition of organic carbon in soils, peats and sediments and how this impacts productivity.  He examined the availability of nitrogen within agricultural systems and developed a calculator for predicting the amount of fertiliser N required to achieve targeted grain production outcomes.  He contributed and continues to contribute to the development of soil carbon modelling component of Australia’s National Greenhouse Gas Inventory and soil carbon methods included in Australia’s Emissions Reduction Fund.

Jeff has also completed research aimed at enhancing the use of various forms of spectroscopy to provide rapid and cost-effective soil measurement capabilities and how to integrate the data derived into predictive models and decision support systems.

Aurel Lübke, CEO of Compost Systems – based in Wels, Upper Austria, has been working in the field of waste management, specialising in composting, for more than 30 years.
After concluding his studies in Mechanical Engineering, Aurel started his first composting in 1989. In 2002, he established “Compost Systems GmbH” consulting engineers, specialising in waste management, the company has designed over 100 biological treatment facilities for clients around the world in various fields including municipal, industrial and agricultural organic waste streams. 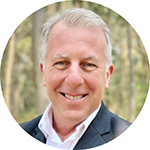 He has operated at senior levels of government and research management, he has worked with grower groups and farming communities, and he has strong relationships with relevant industry stakeholders, universities and government departments. He commenced as the inaugural CEO of the CRC for High Performance Soils in September 2017. 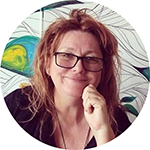 Cate McQuillen is a producer and writer, known for Dirtgirlworld (2009) and Get Grubby TV (2014).

From her home base in the Northern Rivers Region of NSW, Cate is one half of mememe productions, creating ‘out there’ children’s programming for a new generation of content seekers. With a myriad of skills and interests, her greatest assets are her approach and attitude and ability to generate ideas, motivate, inspire and see the ‘big picture’. 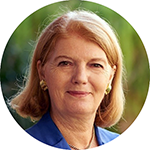 Former Governor of Queensland and distinguished Australian diplomat, the Honourable Penelope Wensley AC, has a long-held interest and substantial experience in natural resource management, environmental and sustainable development matters, and in Australia’s response to national and global challenges in these areas.

As State Governor, Ms Wensley was active in promoting environmental knowledge and awareness and was a strong supporter of community groups and organisations involved with environmental management, conservation and protection, including as State Patron of Queensland Water and Land Carers.

Ms Wensley has held many leadership roles, nationally and internationally. In addition to her knowledge of the environment and environmental policy, she brings to the position of National Soils Advocate, substantial expertise in public policy development, strategy development and implementation, communication and negotiation, and community and stakeholder engagement.